As GAZBİR-GAZMER, with the "Renewable Gas Production" project we started in 2019, hydrogen production started with electricity obtained from renewable energy sources. For testing purposes in the laboratory, an average of 5 to 20 percent hydrogen was mixed with 95 to 80 percent natural gas, and the resulting mixture was burned for test purposes. The results of the first tests were positive, and significant success was achieved for the next stages. Tests for use in domestic devices are still ongoing by mixing the produced hydrogen with natural gas.
We have the Hydrogen House project in order to achieve our hydrogen strategies goals that we have determined. With this project, the energy of the container house, which consists of a kitchen and a living room, will be met by green electricity and hydrogen. Electricity will be produced by photovoltaic panels and fuel cells in the project. Hydrogen to be produced by electrolysis of water will be used both in the production of electricity with fuel cells and in domestic burning devices. Carbon-free hydrogen obtained by electrolysis of water will play a major role in achieving the decarbonisation targets of both the Paris Climate Agreement and the United Nations Development Program.
The Hydrogen House project will be a project within the scope of many targets determined within the scope of EUREKA Eurogia Green Transition Call. Some of these objectives:
- Carbon-free energy generation
- Smart residences and buildings
- Use of Renewable Energy Resources
- Hydrogen technologies: production and use
Green and zero emission buildings
Home projects with hydrogen, hydrogen will be established in Turkey to work with home electronic equipment to be placed in the Marmara Region. Especially in stoves and others used for cooking, hydrogen will be preferred over natural gas. In this way, it is estimated that natural gas use and carbon emissions will decrease significantly. 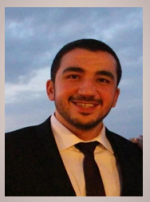 
Brief description of my Organisation

In 2008, in the natural gas distribution market; It was established as the economic enterprise and Technical Center of GAZBIR in order to consolidate the training, certification, audit, R&D and technical studies for the sector. As its establishment mission, GAZMER has taken the structure of the German Gas and Water Technicians Association (DVGW), which has semi-legal status and has turned into a successful structure on a sectoral basis. The main target is; It is the formation of a safe natural gas market in which the quality of the system, product and workforce is increased.
GAZMER continues its work with 25 personnel mainly within GAZMER and 85 volunteer personnel working in commissions from the expert staff of GAZBİR member distribution companies.

GAZMER has established an R&D office in Teknopark Istanbul campus in December 2019 and started to continue its activities from here. As the R&D team, a total of 6 EMRA projects and 1 EU project are carried out.
In January 2020, the Renewable Gas Production project with ENERYA and AKSA Natural Gas was started. In this project that will last 24 months; It is aimed to carry out technical studies to reduce foreign dependency and reduce carbon emissions by providing supply security and energy efficiency by using composite gas obtained by blending hydrogen obtained by using renewable energy sources with natural gas.

Our other projects we have carried out;

We're not around right now. But you can send us an email and we'll get back to you, asap.